Bronzed Cowbirds are one of three brood parasites in the US. It is expanding its range.  It can be found along the Mexican border and east along the gulf.

This is a male Bronzed Cowbird.  Love those eyes.

I have seen Bronzed Cowbirds mate in a very exciting display.

Like a bird of paradise, it hops from side to side and then elevates about three feet in the air and hovers like a hummingbird.

I couldn’t believe my eyes when I saw it.  I tried finding a video on YouTube without any luck.

This female Bronzed Cowbird has the look of a killer.  It pecks the eggs in the nest that it parasitized. It has 101 known hosts.

The highest number of Bronzed Cowbird eggs in a single nest is 14 (Cornell). 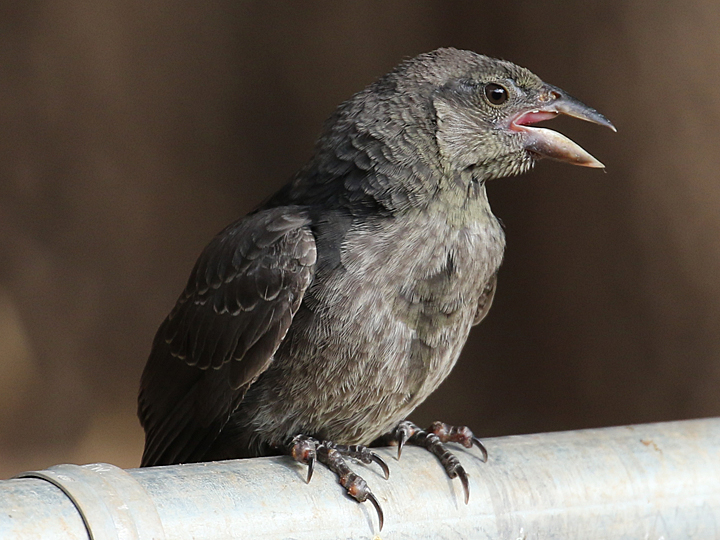 This egg was ejected out of a parasitized towhee nest by the towhee 10 days after being discovered.

The mark on the egg is most likely the result of a Bronzed Cowbird which pecks eggs in the host’s nest to boost the success rate of their own eggs.

From a different encounter, an Abert’s Towhee feeding a juve Bronzed Cowbird